“Glad I can say I was a part of this presidency” direct quote from Biden.  President Obama awards Vice President Biden the the Medal of freedom.

Vice President Biden chokes backs tears giving thank you speech. Lauding praise over President Obama and Michelle. Biden heralds Michelle as the best first lady among many. Biden says although he gets to be the last voice in Obama’s ear on major decisions, ultimately Obama made the decisions and did it well. Biden exclaims the pleasure of watching a finely tuned mind at work in President Obama.
Biden quotes Irish Poet Seamus Heaaney-“you carried your own burden and very soon your creeping symptom of privilege disappear.”
and says”I know i do not deserve this honor, this is from the generosity of your spirit.” Meaning out of the generosity of President Obama.  Biden also received a Gold Medal of Freedom award from the President of Kosovo Fatmir Sejdiu in May 21, 2009

Earlier today President Obama gave a brief 15 minute media blast to boast the positive effects of creating fuel-efficient vehicles on the American economy, families, corporate savings present and future.    Presently, cars are running at 35 miles per gallon of gas which saves 12 billion barrels of gas and has created 25,000 jobs within the automotive industry.

President Obama stated that 25% of the pollution created by vehicles is derived from heavy-duty trucks.  Another way to reduce air pollution by heavy-duty trucks is to reduce the time that a truck sits idling.  The New Hampshire Department of Environmental Services notes that the effects of Heavy Duty Diesel ambient pollution is around 36%.  When President Obama spoke, it was on an overall amount with respect to Oil consumption.  The University of California at Berkley reported a study finding of diesel exhaust contributes 15 times more pollution that gas consuming heavy-duty vehicles resulting in the cause of a greater amount of smog in the air for that area.  This smog is considered to be a factor in respiratory health issues.

Safeway is one of the companies that has already updated its heavy-duty trucks with better fuel consumption for better hauls per gallon of gas.  Safeway is encouraging the vendors that do business with them to update their vehicles to a more fuel-efficient truck.  The less fuel that is consumed reflects in the cost to companies and the final cost to consumers.  This creates savings for all and a better prospect for increase in employment and living standards.

President Obama is authorizing the issue of tax credits for research of fuel efficiency for heavy-duty trucks.  The use of heavy-duty trucks began about 50 years ago in the 1970’s and was effective for that time period.  But with the need for cleaner air and allowing for future better health, the U.S. government is seeking to improve our environment and bottom line simultaneously.  With the creation of Jobs and Safeway proving fuel efficiency is possible for heavy-duty trucks, it’s an example that a clean environment can improve the welfare of the U.S without a need to fluff or do creative financing.  You can hear the full interview here except the first few minutes of the introduction.

Well, make some noise why don’t you.  First, this is the first time since 1992 that a woman was selected to moderate a presidential debate.  In 1992 it was Carole Simpson.  October 16, 2012 it was Candy Crowley from the CNN State of the Union.

The last presidential debate America shouted in protest because it felt President Obama was not aggressive.  This time President Obama shined answering the questions based on facts and not theory.  The President spoke on crime and talked about the crime in Chicago and how education could combat crime.  Educating individuals has proven to be an excellent way of slicing through crime.  If a man can put food on the table for his family he is less likely to commit violent and non-violent crimes to put food on the table for his family.

It is interesting that Former Governor Romney said he cares for all Americans.  There is an audio recording of Romney making statements to the contrary.  It is difficult to understand how Romney cares for all of America.  Repeatedly, ads from the Republican party has been running throughout the Chicago area stating if Americans want birth control then they should basically buy it themselves.  They are many people who are employed but with rent, food and childcare can not afford to pay for contraception, get cancer screenings, etc.

Romney said the way he would handle the issue on immigration is to not give immigrants benefits or driver’s licenses and let them choose to stay in America or find some place else to go.   Then he said his family is a product of immigrants.  How can you not have compassion for immigrants when you are one and two generations from not even being an American? Romney wanted to know how much of the oil lease drilling permits were cut and answered his own question stating leasing has been cut 14%.

Also, Obama said public lands has been opened up to drill for oil.  American is working to produce clean energy so as not to harm our land and air.

Now Romney said that while Governor of Massachusetts he implemented a four year scholarship to students in the top 10-15 % to attend college.  That is great.  But what does the other 85% do?

America is the land of the beautiful and a people who are smart enough to make informed decisions.  There is one more Presidential debate in Florida October 22, 2012,Moderator: Bob Schieffer,Host of Face the Nation on CBS, 9:00 p.m. to 10:30 p.m. 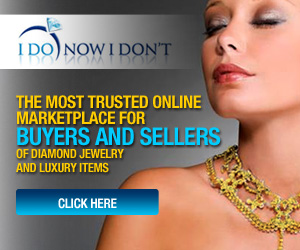