Today Sunday June 22, 2014 I woke to a beautiful morning and what I thought would be a great day of worship.  You see I had decided to go to church.  I normally watch service via the internet for economic reasons.  I am definitely waiting for cash and provisions to manifest itself abundantly in my life.

So, I got dressed.  I wore an orange ladies work t-shirt and brown long short pants that go below the knee.  It’s actually a few inches from the ankles.  You can almost call them pants.  Anyway, I get there around 11:30 am and enter through the doors and the folks at the front seemed a little weird.  But I ignored it.  I made a b-line for the bathroom.  I travel all the way from the south side of Chicago and I  had frozen pineapple and water along the way so you know my bladder was full.
So, I do the do and wash the palms and flanges and make my way into the sanctuary.  I hear and see people getting baptized.  I do not like to walk around when people are getting baptized cause its a special moment.  For me it’s as important as making the prayer confession of faith.  If you recall when Jesus got baptized all stood and watch silently as God spoke over him.  So, I figure why not do the same.
Now, the 11:15 am service which is the third service of the day is available via the internet.  The church is  open to the general public.  The services are recorded via video and audio from the hired media people and/or volunteers.  There are no signs indicating pictures can not be taken in the sanctuary or of the worship team on stage.

However, when I took out my camera a part of the media and a member of the church to take a picture of the worship team I was told I could not take a picture.  I asked why and the usher who made a b-line for me said cause Pastor Bill Winston said so.  I replied, but the whole service is on the internet.  So you mean to tell me I can use a phone or any device to record them via internet but I can not snap one picture? The usher said that’s right you can not take a picture, only the professionals can take a picture.  I thought to myself.  I have been a part of the media for several years now.  I let them know I was doing a story on the worship team and still was told only professionals can take pictures.  I was asked to turn off my camera.  So, I turned off my camera.

Then I asked, can I look at the service via my phone and take a picture.  By this time one of the ministers approached me.  The minister said I can not take a picture of my cell phone internet broadcast of the service but I can view the service via my cell phone.  I said ok.  Then the minister asked me if I could take a gun into the church cause I said this is a public place.  I thought that is odd to ask me about guns.  What was he going to do shoot me.  But in Illinois you can carry guns into public places with proper licensing and training.   Heck the police do all the time on and off duty.
Anyway, I showed them that my camera was off and the black hard case camera cap was securely on the phone.  Now, since the bag I use for the camera does not actually fit the camera.  I have to work it into the bag.  I either sit to do it or make sure my hands are free.  Now at the time I was carrying my green rain jacket purse, camera bag, camera and cellphone.  I was a bit full trying not to drop my stuff.  I asked them to please move out of my personal space and all 2, 4, 6 and 8 of them refused.  I tried walking away since nothing was turned on to find a seat,  like I often tell my radio listeners.  Just walk away rather than engage in argument.

All of the ushers followed me.  Now, I am 5 feet 6 1/2 about 200 pounds but I don’t look it.  Sometimes I look smaller, thinner.  These men ranged from 5 foot 4 to 6 ft 4 all well over 200 pounds.  I moved to the front area of the sanctuary just trying to get away from these harassing men and settled so I could enjoy the worship.   But, they followed me and said it is a public place and they can invade my personal if they want to.  I asked them all including the minister to please get out of my personal space.  So, finally I just walked up to the area where the pastor and his family sits since the space was empty and the first obese usher about 5   foot 4 that started this whole mess says , you can’t sit here are if it were a shrine.  I said I just want to worship without you in my personal space.

So, then more ushers came.  Telling to take it to the side.  I said I am just trying to worship.  So, I said to the man in the blue tie, you lead the way and I will follow.  I told him I do not want them continuing to touch me.  When men are that aggressive, you never allow them to walk behind you.  My parents taught me, men are not always gentlemen.  My father was in law enforcement.
I walked to the side and they are still talking in my face trying to explain the no camera policy.  I said I complied, just let me worship.  The man in the blue tie said they would feel better if you put the camera in your bag.  I said have faith  I will.  I said I will when I get comfortable.  Like I said its hard to jumble everything and I must take care not to drop or damage my camera.  I wasn’t even allowed to sit.  I was trying to view the service on my phone since that was allowed.  Its easier when others are taller than you.  It gets hard to see over them.
The next thing I know they called the Forest Park Police to have me escorted from the building cause its their private property. The ushers, not pastor Winston.  I was told they are anointed to keep order.  Actually, its my property too.  You see Pastor Winston said long ago that the church of Living Word Christian Center belongs to the members.  I am tithing member, so basically, I was kicked out of my property cause a group of men wanted to control ‘this woman’.  The funny thing is I had already complied.  My rights to worship was violated, as a U.S. citizen was violated, my rights as a member of the church was violated and when I asked them to stop touching me and to please move from my personal space that was violated.  I was harassed.  They followed me all over the church and then embarrassed me by having me escorted from the church for complying with their wishes by the Forest Park Police department.  The police officer said if I want to take pictures then start ‘my own church’.  The police, the illegal enforcers of the church?
After I left.  I turn the program on via my cell phone and the funny thing is then the Pastor got up front and said this is not entertainment.  Then he said, sometimes we don’t love when we should just cause someone does not do everything you want.
Now, I do understand protocol.  I understand order.  I was an usher for several years at another  church.  I worked in a few areas of the church ministry.  But, what is odd is that, the members of the choir make a living singing.  They have record deals, sell cd’s, their services.  There are tapes of the services sold.  There are concerts at the church.  There are offerings being taken up to pay the worship leaders.
Although worship is meant to usher or assist you with connecting with Jesus through the Holy Spirit, our comforter here on earth, where in the bible does it say to hate other Christians and to mistreat and badger women.  Since when is complying not enough.  This is why women do not submit.  This is why the world has trouble understanding the church.  The church becomes legalistic and only respects those they choose to respect instead of all as Jesus commanded in John 13:34,  34 A new commandment I give to you, that you love one another; as I have loved you, that you also love one another.

Added note, 06/23/2014, I asked the man in the blue tie, which was an usher or minister I do not know cause he did not identify himself, to go get the pastor of the church and he refused and continued spouting the camera policy and invading my personal space.

08/31/2008-1st letter-Read more on abuse against women in the church and attempt to get help and notify church here.

2nd Letter-Attempt to get help for abuse against women in the church.

The following are photos and videos of today.  I only have video because they were so harassing I was not able to set camera function to photo only.  It was still on video +photo which I used for an awards event. 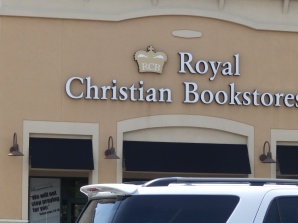 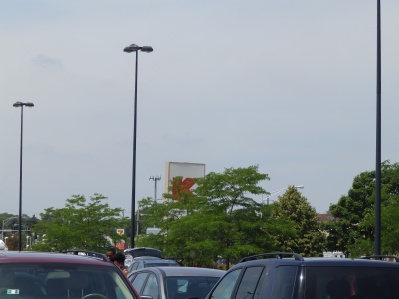 Videos of the service, one from car via internet.  Minister Jones said I could record the service via the internet on my cell phone with my camera but outside of the inside church sanctuary.