Tonight, the Center on Halsted, Chicago’s largest LGBTQ community center is holding a prayer vigil to help the community cope with the mass shooting in Orlando Saturday June 11, 2016.  The event begins at 7 p.m. at 3656 N. Halsted on the first floor.  This event is open to all who want to support the LGBTQ community .  It is open to those that want to pray for the victims, family and friends of those shot and killed in Orlando Saturday in the early morning at the Pulse night club.  Please be respectful and walk in love for attendees and or those around the area.  Now is a time to allow all to grieve.  We stand together as human beings for the right to gather without worry of terror.

The following is a graphic video of the shooting of a man involved in a domestic dispute at Loves Field Airport.  The man threw rocks at the vehicle of the mother of his children breaking a window.  Police came on the scene and asked the man to put down the rock.  Police report the source of the rock is from the decorative rocks surrounding the airport entrance drive up areas.  A Mr. Armstrong, the videographer, who shot the video stated police instructed man to put down the rock twice as the man was walking towards the mother of his child in the vehicle and the police.  Bystanders report that the man stated “Shoot me”.

Police then proceeded to shoot the man.  The first burst of bullets were four.  The man fell to the ground but continued to move more than likely from pain.  Police instructed the man to stop moving.  The man did not comply so the police let out additional shots and third round of shots rang out as people ran for cover.  The woman involved in the domestic dispute then screamed out in horror as she looked at the now motionless father of her children laying on the ground riddled with police bullets.  The scene was chaotic.  Airport travelers clearly devastated and some sobbing as they ran for cover not knowing what else was to come.  Others expressed the inhumanity of police asking if it was enough and indicating excessive force.  Bystanders clearly thought the 9 nine bullets were excessive.  Even cattle are shot less.

The question must be asked what type of training do police take that tells them to kill a man clearly asking for help when he says “Shoot me”.  Why is it okay to shoot a man without a gun 9 times.  Why shoot a man repeatedly that is already down?  When will justice reach humanity in the form of love?

i Spy: Walmart Receipts No Prices!

I SPY NO PRICES!

Running errands as most know can be a pain or a breather depending where you are at on the stress spectrum.  You buy stuff stick the receipt in your pocket and check when you get home right.  If you need to take something back and get cash back you just check you receipts.

But what if you got a weeks worth of receipts with no prices and scarce descriptions then what?  I suggest taking a draw full of Walmart receipts and letting the customer service people sort through them and see how they like deciphering the maze of illegible ink.  Hey, techs for Walmart checkouts “how about it if you make it to the stores to add the ink”.  Staff says a technician has to be called out to put ink in the machines in order to get a decent receipt.  How about it if Walmart allowed customers to get receipts via email?  Am just saying, I want to know how much I paid for stuff.  Does anyone think maybe people are less likely to return an item if they can not see the price of the item purchased.  Regardless of fault, customers want a legible receipt.  Walmart it all comes down to you.  So, as the ballad singers would say, “PLEEEEASE BABBBY BABBBY PLEASE  Get your stuff together.”

Jan Crouch passed away May 31, 2016 from complications associated with a severe stroke several months earlier.  Jan born Janice Wendell Crouch born in 1938.  Jan was loved by many people all around the world for her generous heart and Big colorful hair. Jan is also known for bringing toys to kids in Haiti via the Smile of Child humanitarian organization which also provides medical supplies, food and clothes to impoverished families around the world.  Jan turned the Holy Land amusement park  into a first-rate vacation destination.  Jan’s dedication to promoting the gospel garnered multiple awards for excellence in service and quality.  Jan’s heart was one of the biggest.  You can see previous interviews on Trinity Broadcast Network where both Jan and Paul interview Pastors, Ministers, Musicians getting these learned, experienced and anointed men and women of God to break down into simple words how they overcome struggles in the hope that the testimonies will bless all watching.  There were no shortage of testimonies or jokes about Jan’s Big hair.  She took the jokes in stride.  Some days the hair would grow bigger and other days smaller.  The bigger the hair the bigger Jan’s smile.  Jan captured the hearts of many and will be greatly missed.  Jan was blessed to have a family  that supported the vision of TBN.  Jan leaves her sons, Paul Jr. (Brenda-wife) and Matthew (Laurie-wife); a sister, Dorothy Casoria; grandchildren; and one great-grandchild to carry on the vision of God for Trinity Broadcast Network.

Worship is a great way to move through grief,  Turn on LUTG RADIO,

Worship with us on LUTG RADIO.COM 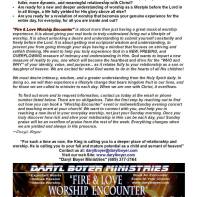 Draw in the crowds with Fire and Love Worship http://www.darylboyer.com 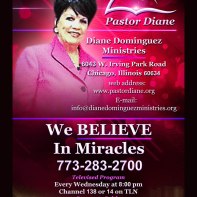 Water for thirst, food for hunger by the Word of God daily with Apostle Larry Washington on LUTG RADIO, http://www.lutgradio.com