For once I did not mind the endless ads Google displays on its search engine.  It was an ad for…

For once I did not mind the endless ads Google displays on its search engine.  It was an ad for Snorg Tees which lead me to a film group called No second chances in life take two.  The idea behind No second chances is to become successful within 90 days by doing short films in length of 30 seconds to 3 minutes.  Yeap, 30 seconds.  If the Superbowl ads can do it then why not a bunch actors looking to actually make a living at acting.  Check the funny videos for yourself.

See the rest of the videos on the No second chances in life take two website.

Police Officer Darren Wilson,Shot Michael Brown 6 times, even standing over him to shoot him. Micheal’s body lay in the street for about 4 hours. Officer photo below. 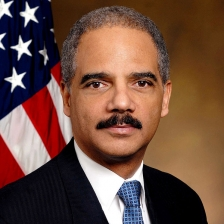 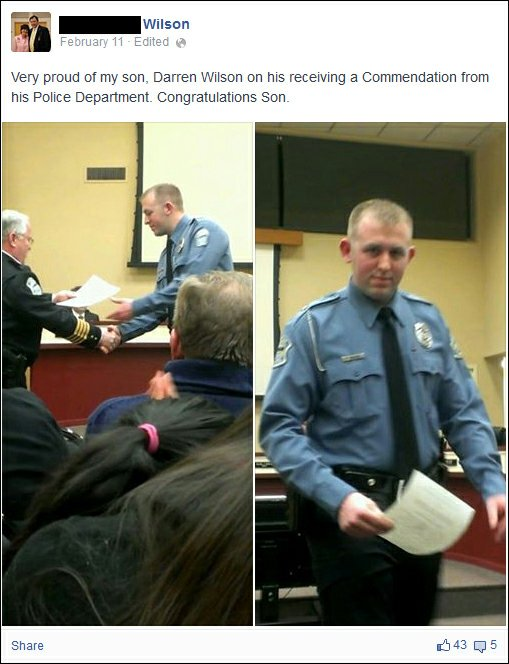 The murder of Michael Brown an 18-year-old young man living in Ferguson, Missouri by a Police Officer named Darren Wilson is a tragedy seen more often than most want to believe.  The officer’s reported story is that Michael Brown grabbed for his gun while witnesses… 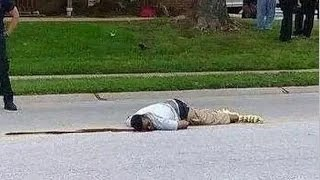 Police Officer Darren Wilson,Shot Michael Brown 6 times, even standing over him to shoot him. Micheal’s body lay in the street for about 4 hours. Officer photo below.

Today, President Barack Obama demonstrated the modicum of servitude required by law enforcement by sending the Attorney General Eric Holder to Ferguson Missouri Wednesday 08202014/ to investigate the brutal shooting of teen Michael Brown by Officer Darren Wilson.  I say a modicum because that is what law enforcement officers are supposed to do and President Obama is the head of law enforcement for the United States as Commander-in-Chief.  President Obama understands the history of America and is working to bring about change for America.  The Saint Louis Missouri area is a long time area of injustice and unrest with regards to civil rights of African-Americans.

Now is a great time to pursue true justice and to open our eyes and see the community as human beings and not numbers on a spreadsheet that accounts for so much money from the federal government.  To tell a public that you serve and protect and obtain funds to kill and trample the basic rights that every other American exercises is dysfunctional.

The Ferguson police received funds to purchase military equipment in the 1990’s.  The government issues a bonus for use of said equipment like Tear Gas, Military trucks with gun mounts,etc.  The officers are fitted with massively destructive equipment without what appears to be the psychological training to use even the most basic equipment.

While pursuing the citizens of Ferguson like animals and some former and current law enforcement and professionals  classifying the residents of Ferguson and surrounding areas  as hoodlums what changes are being made to say elevate the residents to the level of employable, respectable, educated so that they may enjoy the experience of respect given to those not called hoodlums and criminals.   The city states there is no funding for employment programs and but millions are available for military equipment to wipe out the rights of the citizens of Ferguson and African-Americans.

The murder of Michael Brown an 18-year-old young man living in Ferguson, Missouri by a Police Officer named Darren Wilson is a tragedy seen more often than most want to believe.  The officer’s reported story is that Michael Brown grabbed for his gun while witnesses state Michael was being pulled into the police vehicle by his head by the officer.  The officer’s weapon discharged while Michael was attempting to free himself.  Michael ran and the officer pursued on foot striking Michael with the first shot and proceeded to shoot Michael five more times standing over Michael for a total of six times.  It’s reported that Michael surrendered after the first shot, but the officer did not show any mercy.

Many are asking why is this a civil rights issue just cause the officer is White, Caucasian.  The reason it appears as a civil rights issue is because of the lack of mercy.  The officer exceeded his duty to restrain the person he was pursuing.  The officer used excessive force and reportedly stood over the body of Michael Brown and continued to discharge his gun into Michael after Michael was no longer a threat to his person.  The officer was hired to serve and protect all persons.  This is a part of the civil laws which give African-Americans the same rights as any other American.  Law enforcement is hired to serve and protect.  Serving by definition indicates a modicum of love, assistance, help, aid, obedience, reverence and respect of which Officer Wilson showed none.

The purpose of the civil rights bill passed in 1866 after the death of President Abraham Lincoln by congress was to grant slaves the same rights as every man in the United States.  But the Vice President Andrew Johnson who took over the office of President upon the assassination of President Lincoln, vetoed the bill but Congress got the bill passed anyway.

The civil rights law of 1866 is essentially an extension of the 1863 Emancipation Proclamation signed by President Abraham Lincoln declaring all African-Americans free.  President Lincoln freed the slaves to increase the numbers on the front line to fight the war.   Although Lincoln declared all men free the states also had to comply.  This proclamation was also dependent on winning the war against the south, the Confederate Army.  It was the North, the Union Army against the south.  But President Lincoln’s Proclamation insisted that the states which are a part of the United States which would make the states beholden to the Emancipation Proclamation and enforcing it within the states.

The Emancipation Proclamation signed by President Abraham Lincoln states all slaves which reside within the United States of America are freed from slavery, which is a form of imprisonment without cause, forced to labor without payment for work completed.  The Emancipation Proclamation provides for freedom, fair wages, right to defend self, liberty and requires the government and military of present to defend the civil, peaceful, rights of these newly declared Americans.

Now, the Civil Rights Bill of 1866 passed by Congress states the African-American freed persons now have the right to make contracts, to sue in a legal court of law for transgressions against them, their person or property like any other American.  It goes on further to state all freed men can also appear as a witness in court, own private property and that any person born on the lands of the United States is now a legal citizen of the United States without regard to race, color or previous conditions with regards to slavery or any form of indentured servitude, slavery.

(LUTG RADIO speaks on the slaying of Michael Brown and what it is to serve and love.  Salvation is still available for Officer Darren Wilson.)

Antonio French-My last Vine last night. I was arrested before I could post. #ferguson

5 picks from “Resurgence” by Icicle, scheduled for release on September 21, 2014 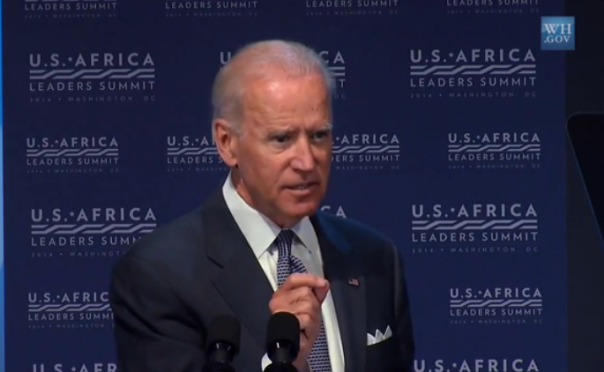 VP Biden says, Civilians are the keys to success of a country.

Vice President Joe Biden encourages the group that they are the solution to the problem of instability in the continent of Africa.  Biden draws comparison to the United States of America.  Which draws the mind back to the history of the United States.  If the people of…